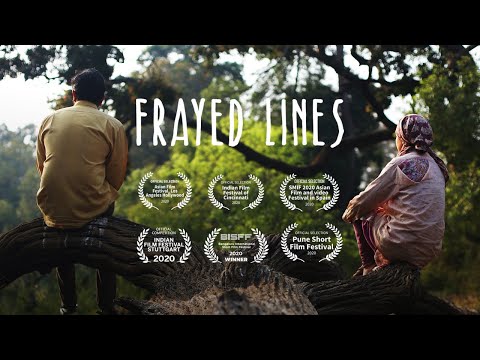 Synopsis of the film – Frayed Lines

India is the second-most populous country with a population of over 1.2 billion living in 29 states divided into 7 union territories and 725 districts. Around 122 major languages and 1599 other languages are spoken here.

The film Frayed Lines is based in a small district in Karnataka State called Kodagu or Coorg. Coffee plantations in Kodagu were established in the 19th century. Every year migrant labourers come from across the country to work on the coffee plantations.

The film revolves around the lives of migrant workers in the coffee estates of Kodagu.

Kalappa is a young graduate from a poor family in Kodagu. With the high percentage of educated unemployed vying for limited jobs Kalappa finds that life in the city is not as lucrative. Kalappa lives with his grandmother who doesn’t understand his angst. She feels that with all his education he should not be doing manual labour in the village.

Tabu is a migrant worker from Assam. She has travelled over 2000 miles from her home to work in the coffee plantations. Tabu’s name has not been included in the Updated Draft of the NRC.

While working in the coffee plantations Kalappa meets Tabu. In the midst of coffee plantations in a remote corner of India, two people who don’t speak a common language, connect and take a step away from the life they have known.

In a country that is so diverse with more than a thousand languages and cultures that are so varied, there are many little pieces of humanity that are being obliterated. Lines that are drawn based on country, religion, language, caste, creed are blurred, frayed and tired.

Frayed Lines is a slice of Indian life.